The use of cell phones has exploded in recent years. 2013 stats show that 91% of people on the planet have a cell phone. The average age a child gets his first cell phone is now 13.

More and more, cell phones are playing a central role in our fast paced lifestyles. The advent of smartphones has allowed us to check email, take photos and use GPS which has increased the time we spend on these devices.

Why does all this matter? Well, do we really know if there are any negative health effects caused by this new technology?

Is your cell phone causing you health problems?

Cell phones emit an electromagnetic field (EMF) also called electromagnetic radiation that can be absorbed by the body when it comes in close contact with the phone. The World Health Organization has stated that cell phone radiation is a possible carcinogen and people should try to reduce their exposure.

Since cellphones are a relatively new phenomenon and the technology is changing so rapidly there isn’t conclusive research stating that cell phone radiation is harmful to your health… at least not yet. No solid research doesn’t mean cell phones are safe and we shouldn’t be concerned. I don’t know about you but I prefer to err on the side of caution in matters like this and be proactive about my health.

A couple of things to consider…

1. Many families are disconnecting their home phones and opting to each carry a cell phone instead. More time spent talking on a cell phone = increased radiation exposure.

2. Any side effects of the radiation will be more harmful to children than adults. Kids have thinner skulls, ears and skin which allows the radiation waves to travel even further into the children’s brain. Children should avoid making calls on cell phones unless there is an emergency.

How can you protect yourself?

Cell phones aren’t going away any time soon – their popularity continues to gain momentum and for good reason, they are powerful tools. Until more research comes out on the safety (of lack thereof) of cell phone radiation, the best we can do is protect ourselves using the strategies above. Enjoy using your cell phone responsibly.

To your health!
Jesse

Listen to my podcast: 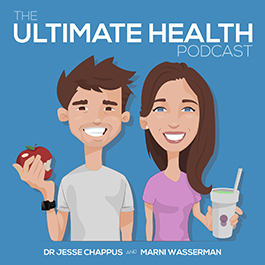 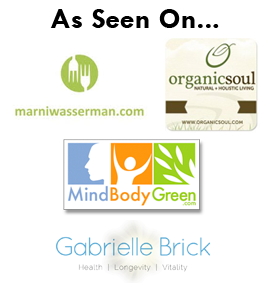 Disclaimer: Advice or product(s) on drjessechappus.com make no claims to diagnose, treat, prevent, mitigate, or cure diseases. All health related information on this site is for educational purposes only. None of the information should be misinterpreted as medical advice. You take the ultimate responsibility for your choices and their effect(s) on your health.

Send this to a friend